Everything has a history, even our most popular form of footwear - the Wellington Boot.

In rain, snow, and mud, these boots have served us solidly for well over a century.

In a country where rain is the most popular forecast, it’s no surprise that we choose them with so much care.

Named after the Duke of Wellington and finding its origins in the leather Hessian boot.

The Wellington boot has a proud history and has continued to evolve over the decades. 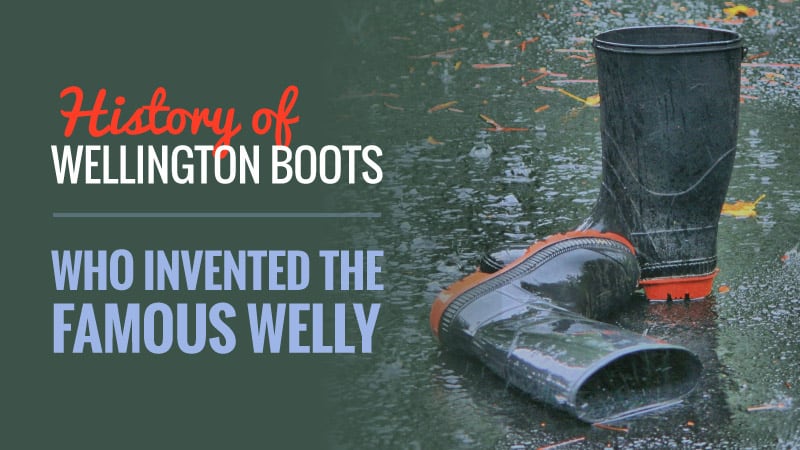 With the vulcanisation process in 1852, they became even more durable and reliable footwear.

But this is just the beginning, and the full history of the Wellington boot can be found in our detailed guide of wellies through the ages.

When Was the Wellington Boot Invented?

The Wellington boot was invented in 1817, making them over 200 years old.

While their inspiration came from much earlier boots, the wellies we know and love didn’t start to take shape until their introduction by the infamous Duke of Wellington. 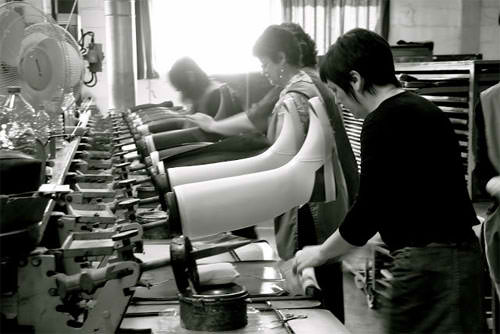 What is the Origin of Wellington Boots?

The Wellington Boot came from the leather Hessian boot, a form of footwear that became popular at the beginning of the nineteenth century.

They were standard footwear for cavalry, and commonly worn by the Hussars.

Over time, they became popular with civilians as well, and were incredibly good for riding horses as the pointed toe and low heel fit perfectly in the stirrup.

It was later modified so that the front was cut to cover the knee in order to provide protection for the knees for those riding horses into battle.

What is the Wellington Boot Named After?

It’s not what the Wellington boot was named after, but who.

The Duke of Wellington was the first to have these boots designed and they became an iconic association with him throughout his life - something you will learn later. 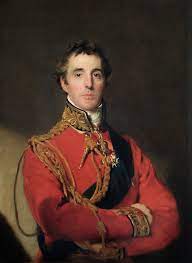 The Duke of Wellington, Arthur Wellesley, instructed his shoemaker to modify the classic Hessian boot to fit his specifications.

It was made from calfskin leather and the trim was removed for a closer fit around the leg and calf.

It was cut mid-calf and was perfect for cavalry and heavy use as well as being worn as informal evening wear.

The original Wellington was made for both style and practicality, made easy since it was formed from leather as opposed to our modern-day rubber boots.

What Do They Call Wellies in America?

There are several different names for wellies in America. One of the most common is plain and simple - rubber boots.

However, they are also called rain boots, galoshes, billy boots, and mucking boots.

This terminology is also popular in Canada, although you will find that the term Wellington boot is both accepted and understood since they still hold strong ties to the United Kingdom.

Less commonly, the US and Canada have been known to use the term gumboots.

Why Do Fishermen Wear Yellow Wellies?

Yellow is a colour commonly associated with seamen and fishermen, but the question is why?

Well, quite simply it is all about visibility and safety, obvious right?

The sea is a dangerous place, and bright colours are needed to ensure the safety of everyone on board a working vessel.

Yellow is a naturally bright colour as well as reflective, which makes it easier to find someone who might be lost in the fog or has fallen overboard. 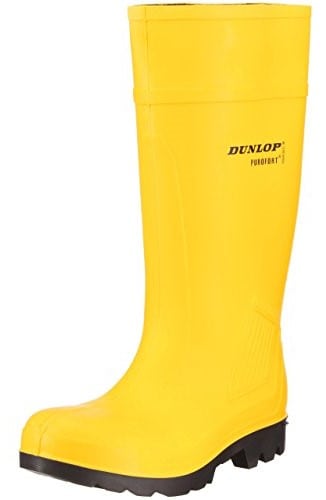 This is also why you will often see them depicted as wearing a yellow raincoat alongside their boots - it boosts the visibility.

The military was never just about serving and protecting your country.

One of its main goals was also to be the peak of fashion to an enviable degree, as well as attract women(the sly old dogs) - a bonus that has often been enjoyed by military men in the past.

This was especially true of Napoleon's French army, always decorated well and at the height of fashion while retaining a regimented look.

Since they caused war throughout Europe, it is only natural that they passed on this added feature in the process; including their stylish boots.

The Hessian boot that inspired the Wellington boot looked a lot like the modern riding boots we wear today.

The only difference here is that the Hessians have a small v-shape in the curved top as well as a tassel that hangs off the front.

These boots were worn with woollen breeches. These had a tight fit and tucked into the boots nicely. 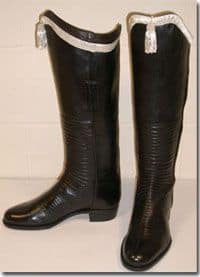 However, the 1790s saw soldiers stationed in hot climates, and they switched out the wool for light linen trousers.

The looser material made it more difficult for the trousers and the tassels to be worn together.

Which is why they were phased out of both the Hessian boot and not incorporated in the Wellington boot. It made more sense from a practical perspective.

Wellington actually became Prime Minister in 1828, and his iconic boots were often emphasised by the cartoonists of the time.

Alongside his very prominent nose, it was as soon as 1830 that he was being depicted as a Wellington boot with a head - a famous and recognisable image.

While their popularity faded after Wellington’s death in 1852, replaced by the ankle boot.

They became a staple part of the British military during World War I - namely by British senior officers that were stationed in Crimea. 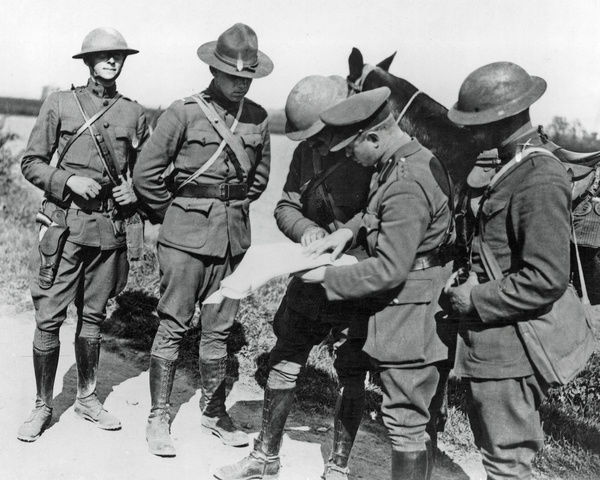 British and American soldiers consulting a map on a road near the Western Front in France during World War One. Date: circa 1916

It was in 1856 that a Scottish company started to manufacture the first rubber wellies that we know and love today.

They quickly adopted the name Wellington boot as a patriarchal pull, and in 1916 the company was commissioned to produce millions of pairs for soldiers in WWI.

The aim of the boots was to help prevent trench foot, which was a common and severe issue for soldiers at the time.

While commonly used as winter gear during the war, they also came home with them after where they were used as part of farming and gardening wear.

In 1852 the vulcanisation process for natural rubber had been developed and was starting to be used for the manufacture of tyres.

Hiram Hutchinson bought the patent to manufacture footwear and moved to France, creating the company that we now know as Aigle.

In France, over 90% of the people there were wearing wooden clogs for work.

The rubber wellies provided them with something more comfortable, flexible, and durable than before. 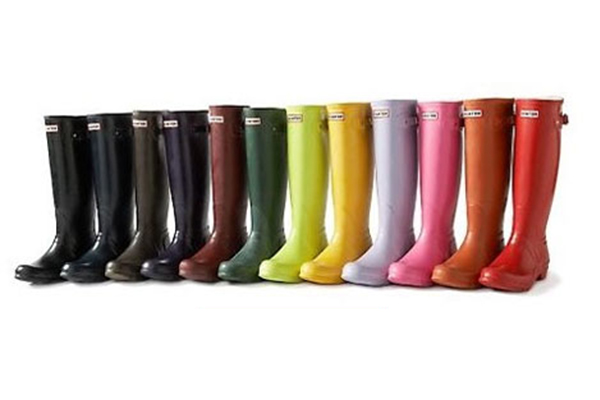 They were an instant success and farmers rejoiced that they could come back from work with clean and dry feet.

During the Second World War, that Scottish company was once again requested to manufacture boots for the soldiers.

Who were they, you ask? Well, they later became known as Hunter - a brand we all know and love.

The boots were in high demand for the mucky European terrain.

By 1945, wellies had become a popular choice of footwear among men, women, and children.

They were further developed to become more comfortable and spacious, and were used extensively by farmers and labourers, much like after WWI.

Now they are a popular form of footwear for a number of occasions – from festivals goers to walking the dog.

Even popular celebrities are fond of wearing wellies.

They combine comfort and practicality while also being one of the most versatile forms of footwear out there.

They come in a variety of styles and fits, and some even come with steel toe caps for protection during heavy physical labour.

They range from the cheap and cheerful, to the stylish and sophisticated, with a boot made that will suit everyone’s needs.

Why are rubber boots called gumboots?

The term gumboots comes from the fact that wellies are made from the “gum” or sap of the rubber tree.

It is a term that was originally coined in Australia and is still the most popular name for welly boots.

The history of the Wellington boot is more interesting and expansive than we think, and we hope that you enjoyed this guide and that you were able to learn more about where these boots came from.

Got any other fun facts we missed? We’d love to see them!

Interested in a pair of wellies of your own or want to learn more about how to look after them?

We have a great series of pieces detailing just that. Whether you’re looking to buy the best models or you want to know how to dry boots out after a really rainy walk, we’ve got it. 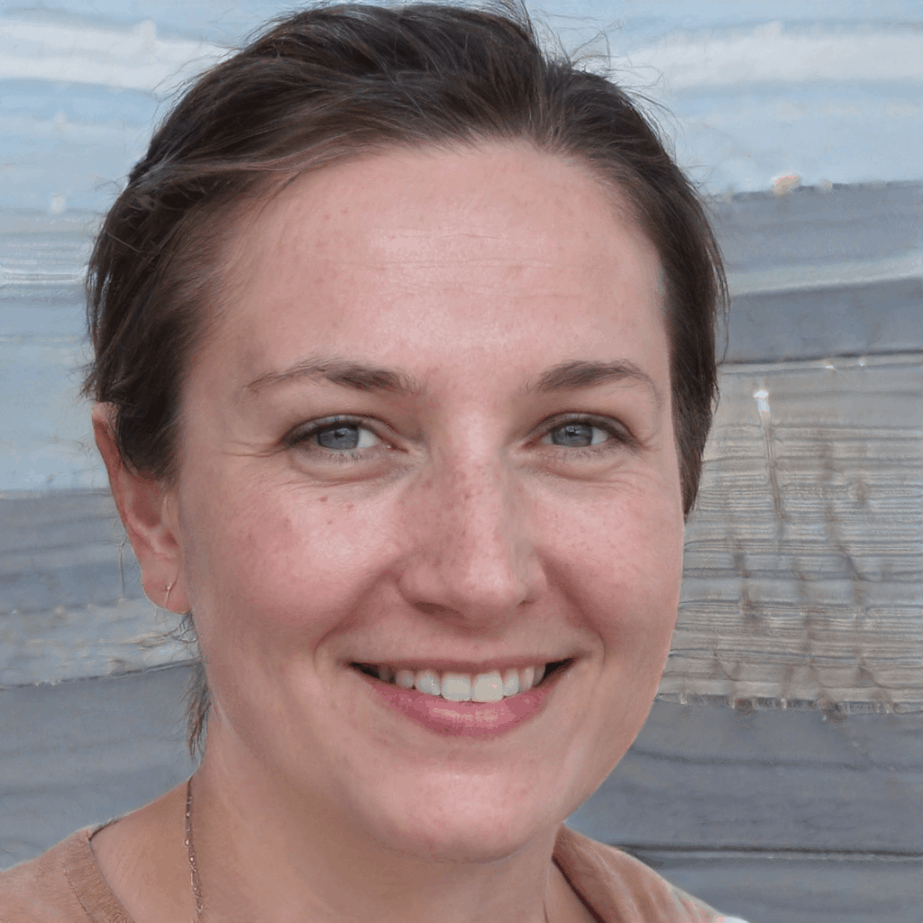 Going ten years strong in the footwear and fashion industry, she really knows her stuff. Having tested and reviewed a wide range of footwear over the years, she is one of our most experienced team members. 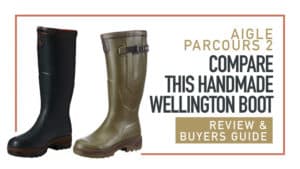 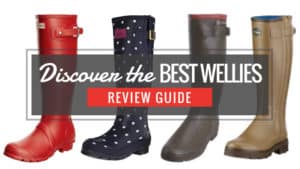 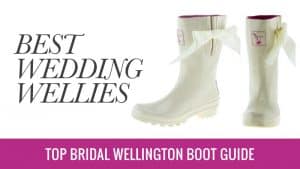 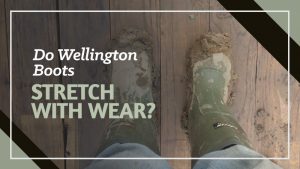 Do Wellington Boots Stretch with Wear? A Few Good Tips 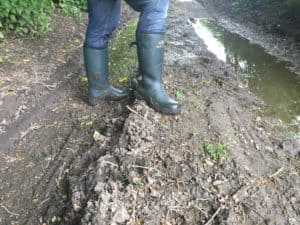 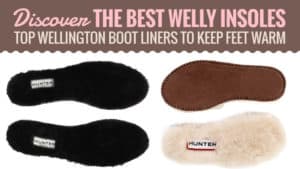